The R-IS-0203M module can be used for wireless control of various loads, these outputs are switched by power relays. Fig. 1 shows the switching of 3 relays RT (Schrack) directly by outputs PWM1 to PWM3, which are used as normal binary outputs (from the program to the output we write only 0 or 100%). It is necessary to take into account the total max. Current of all three 50 mA outputs, so that the RT relay can switch all 3 outputs (to use all the outputs of the module). The common negative terminal of the outputs is GND (terminal C1), at the outputs PWM1 (terminal C2) to PWM3 (terminal C4) the output switching element (PNP transistor) switches the internal voltage 24 VDC, max. 50 mA in total. The common internal power supply of outputs PWM1 to PWM3 is protected by a slow return fuse of 50 mA, the switching element itself has a maximum current of 1A, so it is able to withstand a short-term increase in current (at the time of switching, etc.).

Analog output AO0 can be used as a standard, standard output 0 ÷ 10V, eg for controlling a valve actuator, etc. 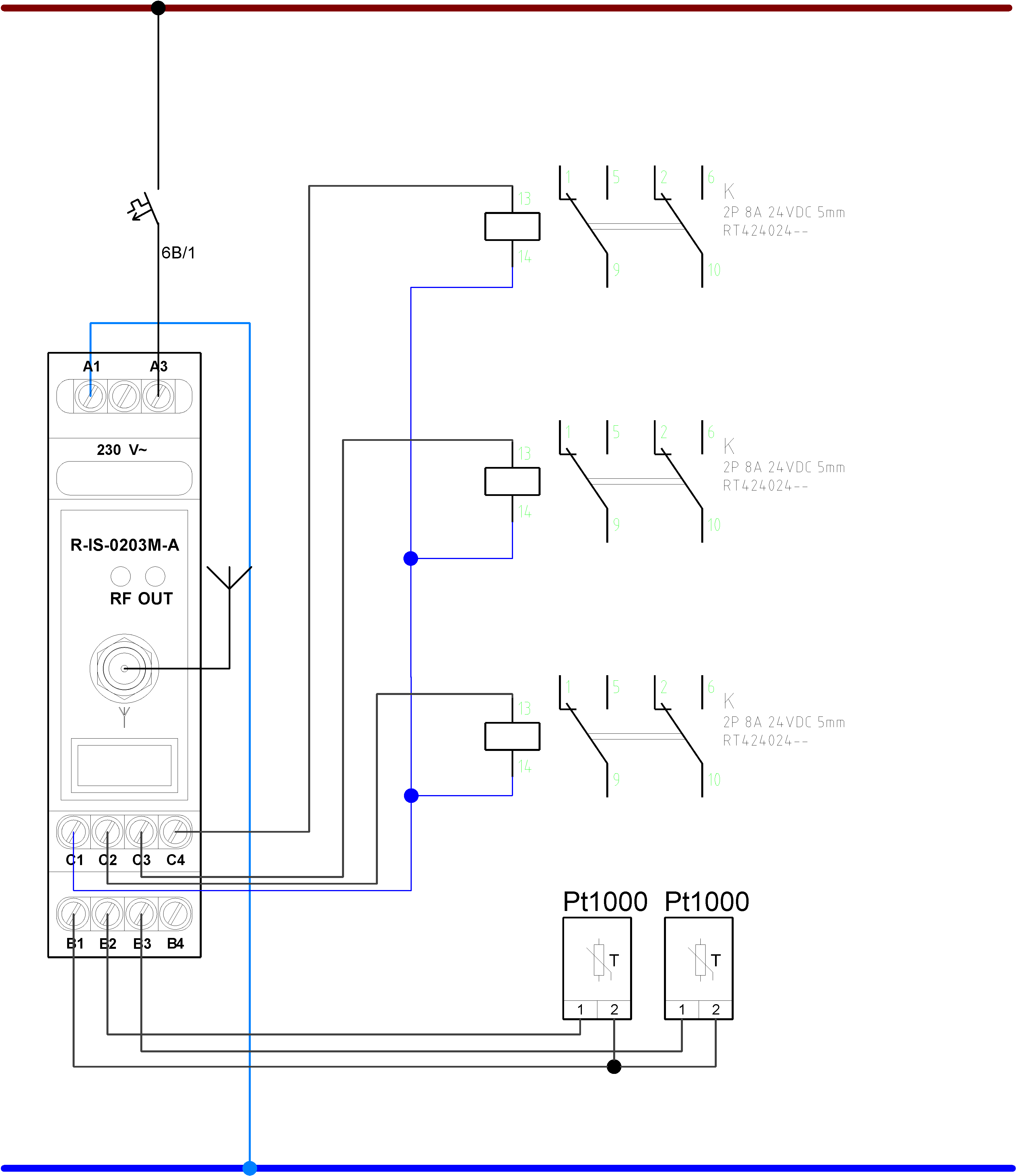