Tecomat Foxtrot is available from Node-RED 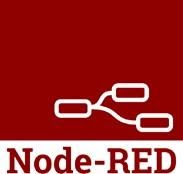 is a "visual tool for connecting things in the Internet of Things (IoT)". It is implemented on the Node.js platform, originally developed by IBM. It is a completely simple development environment for creating applications that enable the connection of devices from the world of IoT, API and online services. Node RED can be easily run as a server on a regular PC, on a single-board computer with an ARM processor, or in the cloud. The editor then starts directly in the Internet browser.

The principle of operation of the Node-RED tool is based on the flow of data between functional nodes, where each node performs a specific function. Thanks to the internet community associated around Node RED, a wide range of function blocks is available through an integrated palette. You can choose from blocks implementing various functions from the IoT world. Functions can also be defined directly using Javascript. The growing popularity of this tool led the company Teco a.s. to develop its own set of function blocks, which will be available via the official Node-RED palette and which will allow the Foxtrot system to be integrated. Just enter the name "foxtrot" in the palette finder and the package is immediately offered for installation (the full package name is node-red-contrib-foxtrotnode). The package then offers two types of functional nodes - foxtrot input (provides data from PLC to Node RED) and foxtrot output (allows to write data from Node RED to PLC). The principle of communication with the PLC is based on the use of the proven PLCComS communication server. For the first generation Foxtrot, it is necessary to have this PL-CComS installed and running on external HW, for example on the same one on which Node-RED runs. The new Foxtrot 2 has this server already fully integrated in the firmware and communication can therefore be routed directly to the PLC. The use of PL-CComS server brings possibilities such as watching a live image of Foxtrot inputs and outputs directly in Node-RED. Using signals from Foxtrot directly in Node-RED is then very easy. For each instance of the function block, the PLCComS server to which the connection is to be made is specified, and the one to be represented by the given node is selected from the offered list of published PLC variables.

Node-RED brings one of the other options for connecting the Tecomat Foxtrot system with technologies and devices that would be difficult to implement using standard PLC programming tools. Thanks to its absolute simplicity and intuitiveness, Node RED is also suitable for beginners who are just getting to know the new world of IoT.

This integration is a clear demonstration that the Foxtrot system does not stagnate on proven PLC standards, but is systematically maintained, upgraded and integrated to compatibility with new trends coming from the world of IT, IoT and telecommunications technologies.

Fig. Demonstration of the use of Node-RED function blocks for connecting Foxtrot-controlled lights to Apple's HomeKit platform.

Fig. Input and output blocks are offered, among others, in the Node RED palette 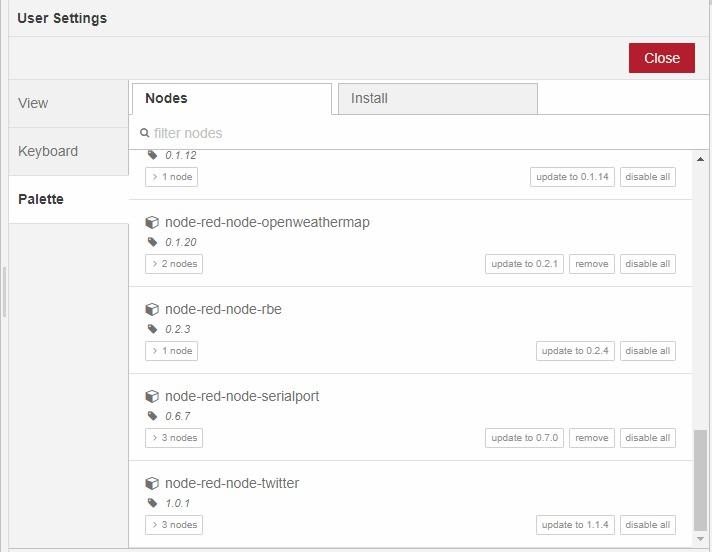