IT-1604, a module of universal analogue inputs

The IT-1604 expansion module has substituted the previous IT-1601 module.

The module contains 8 analogue inputs with a common terminal and 2 analogue outputs with a common terminal. The inputs are universal, independently configurable as voltage, current inputs, two-wire connection of passive resistance sensors. With 16-bit resolution, the module provides the processing of the values measured, conversion to engineering units, etc. The analogue outputs have 10-bit resolution, the voltage is 0 ÷ 10V. The analogue inputs and outputs are galvanically isolated from the internal circuits and the status of each input is indicated on the module panel.

The connectors of the module are standard removable ones with a cage terminal in the removable part with 5.08 mm spacing. A flat-head screwdriver with the tip width of 3.5 mm is recommended for manipulation with the terminal. Detailed parameters of the connectors are specified in Chapter 13.3.1 Connectors with screw terminals, spacing 5.08mm, modules on a DIN rail 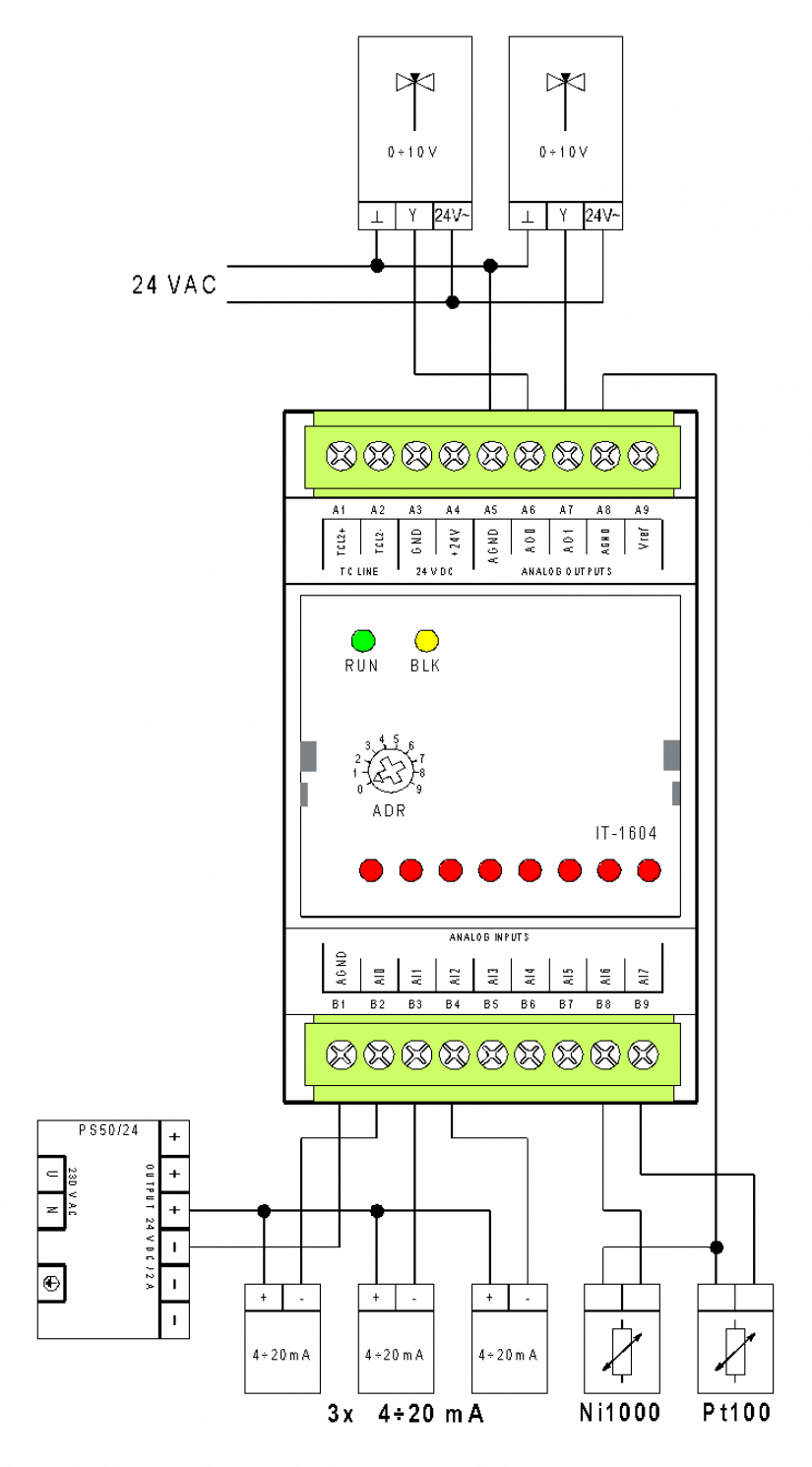 Wiring notes regarding the following figure .1: