Measuring solar radiation can be done by the C-IT- 0200I-SI module, which comprises the inner part of the C-IT-0200I module fitted into the S-SI-01I sensor.

The solar radiation sensor uses for its own measurement of intensity a monocrystalline silicon solar cell with an integrated temperature sensor; it is used for a temperature compensation of the solar cell.

The level of intensity (W/m2) is calculated using the function in the programming environment, which needs entering the specific sensor calibration constant; it is written on the label on the internal side of the cap, and it should be copied before the sensor is mounted.

The C-IT-0200I module must first be configured: AI1 measurement of 100 mV voltage; AI2: temperature measurement NTC 12k (these jumpers are set at the factory); in the same way, the module configuration must be done in the programming environment. 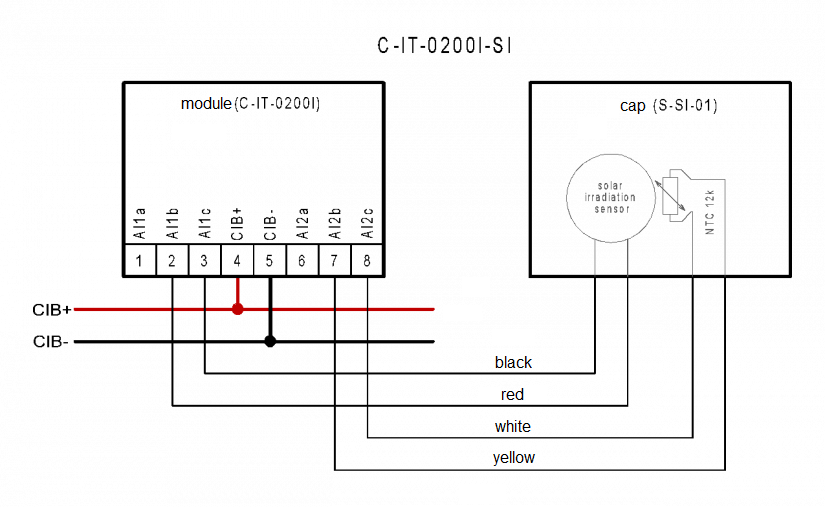 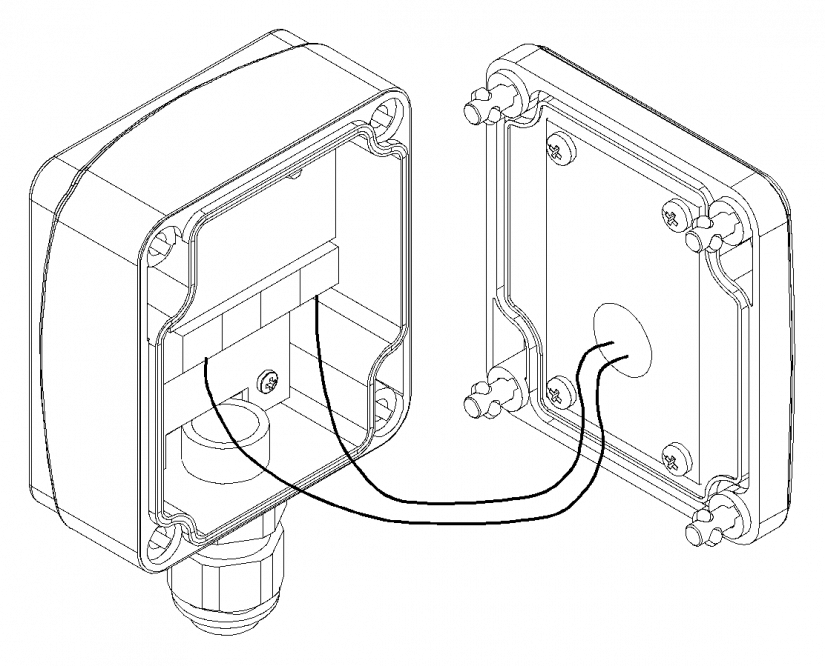